Jeffrey Litt has been involved in camp since the age of 3. Starting out as a camper at several camps in the East Brunswick area, he eventually moved on to Camp Schodack, a sleep-away camp, as a camper and staff member for 12 wonderful summers.

After graduating from Indiana University with a Recreation Management degree, he starting working as a Recreation Coordinator in the East Brunswick Recreation Department in September of 2002. He was in charge of staffing and over-seeing the award-winning Summer Theater camp from 2003 to 2012.

In the summer of 2013, Jeff took over the reins of the Township's Summer Day Camp program as Camp Director. Jeff knows the value of summer camp and what campers and staff can gain from the camp experience.

Jeff regularly attends conferences run by the American Camp Association to stay up to date on all current camp issues and learn from other camp professionals. Jeff loves putting his years of camp knowledge to use in creating memorable summers for all of the campers and making East Brunswick Day Camp the best camp around! 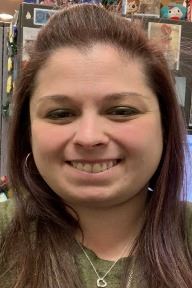 Nicole (Teplitzky) Golden has had a love for East Brunswick Day Camp since her time as a camper and Counselor in Training (CIT).

When her time as a camper came to an end she continued on as a counselor at both the Kool Kids Half and Full Day programs. Nicole worked at Kool Kids Full Day for many years, spending her last few summers as an Arts and Crafts Specialist. In 2011, she started working part time in the Recreation Office as a Day Camp Assistant.

Nicole transitioned into her current position as Day Camp's Lead Support Person. Nicole works on all of the paperwork and communication that is sent out throughout the year, from pre-registration information to notifications during the camp season to evaluations at the end of the camp season. If you have any camp questions, Nicole is the person to help get you the answer.

Daniel Giudice is a Health Teacher at Hammarskjold Middle School in the East Brunswick school district. Dan has been a Camp Coordinator since 2011.

Dan previously worked as a camp counselor at other Day Camps in the area. He knows that participating in camp is a great way for kids to:

With over a decade of camp experience, Dan will continue to better the East Brunswick Recreation camp program for your children and our staff. 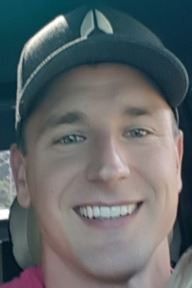 Matthew Krol is a social studies teacher at Thompson Middle School in the Middletown School District. He started working with East Brunswick Day Camp in 2013. He spent three summers as an Assistant Site Director with Summer Scene Half Day and two summers as a Site Director for Super Stars Half Day.

Matthew believes in creating a safe, inviting and fun filled atmosphere that promotes teamwork, friendships and plenty of laughter.

Todd Lubarsky has been part of the East Brunswick Day Camp Family since 2003. He is the Coordinator that oversees the Counselor in Training program, helping to grow our campers of today into our staff leaders of tomorrow. Additionally, he works with the Half Day Programs.

At camp orientation, Todd runs team building activities helping our staff grow into cohesive units. Todd is passionate about camp and all the benefits and learning experiences children can take part in outside of a school setting.

Christian Portera has been part of East Brunswick Day Camp since he was a child attending the Summer Theater program with his siblings. While finishing his degree at Kean University, he came back to the program in 2009 as a Coordinators Assistant.

After a few summers, he transitioned into a Camp Coordinator in 2013. Christian works as a physical education teacher at East Brunswick High School, as well as coaching volleyball.

He loves seeing the smiles on camper's faces throughout the summer, whether it be when making new friends, spending time with their counselor, or having fun on a field trip.